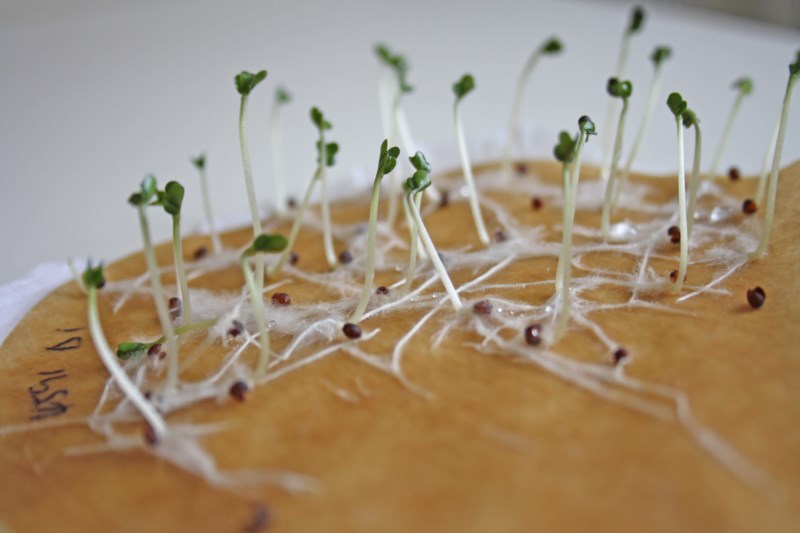 “On the farm Buffelbosrivier just outside Oudtshoorn Jannie Lategan is running a small, yet very specialised agricultural enterprise. No doubt he is one of the best seed producers in the Klein Karoo. His focused approach ensures him of a better than average onion seed crop of an extremely high quality, as well as an excellent income relative to the size of his farm,” says Pieter Burger, seed advisor at KLEIN KAROO Seed Production, who has witnessed Jannie’s progress over the past ten seasons.

“In 1998 I started producing onion seed for KLEIN KAROO on a contract basis here in the Lategansvlei district. After years of tobacco and dairy farming, I think it was a good decision to switch to seed production. I now have a three times better income per hectare than I would have earned with tobacco.

“The seed industry is a profitable industry, provided you limit your input costs and ensure 100% productivity,” says Jannie.

According to Pieter it is a very intensive industry. Not every seed producer can be successful. The potential income is high, but the risks are even higher. For this reason it is of the utmost importance to have good management with regard to aspects such as disease control, fertilisation, irrigation, and harvesting at the right time and according to the correct practices.

“On the farm of 18 hectare I roughly plant five hectare of spring onions and onions. Another hectare is set aside for the production of onion bulbs for the seed of the next season.

“I enjoy working with the onions and spring onions, especially the cultivars which I’ve come to know and have tried out over the last few years,” says Jannie.

He lives close to nature and believes in a hands-on approach to farming. He takes to heart the command given to man to “cultivate the earth” and “earn your living by the sweat of your brow”. His success is evidence of good stewardship. Every day he works alongside his labourers. He daily inspects his crops to identify possible problems. He drives his only tractor himself which he purchased a few years ago, paid for in cash with his seed money. He has only two permanent employees and hires eight women from neighbouring farms to help him with the onions.

Jannie uses everything – nothing is wasted. He even mixes the chaff of the spring onions with maize and other additives as fodder for his flock of Il de France sheep. On a rotational basis he plants a field of radishes to provide his flock with winter fodder.

He also grows pumpkins, beetroot, carrots and watermelons for the local vegetable market. His wife, Martie, cultivates Inca lilies on a small scale and also helps her husband to winnow the seed in the harvesting season.

“I believe the secret to success is to acknowledge your dependence on your Creator, to always be honest and upright, and to work hard. In the seed industry it is important for the grower to know he can trust all the links in the production chain: from the farm labourers, to the seed advisor, the seed cleansing division and the seed laboratory official responsible for the germination tests,” says Jannie.

“This region has the ideal climate and soil for cultivating onion seed. Apart from the hives which we bring in, there are more than enough wild bees to help with pollination. I believe one has to monitor the plants, since they ‘talk’ to one and show one when they need something.

“What I do find invaluable, is the assistance of the KLEIN KAROO management and officials, and especially the role of the seed advisor throughout the year. Without them the seed producer would find it hard to make it on his own,” says Jannie.